I was very excited by the phenomenal results recently generated by the MUSE instrument on ESO’s Very Large Telescope in Chile, as reported by Science Daily:

For many years now, I have looking forward to one day seeing results like this.  Quite possibly, the 72 new “Lyman-alpha emitter” galaxies discovered in the Hubble Ultra Deep Field represent important experimental confirmation of the ground-breaking cosmological model expressed in my book The Enlightening.

Led by Roland Bacon of the Centre de recherché astrophysique de Lyon, the MUSE research team made deep spectroscopic observations of a patch of the Ultra Deep Field that surpassed any previous observations. 1600 galaxies were measured, including 72 galaxies which were missed by the Hubble Telescope’s landmark imaging of the same area. 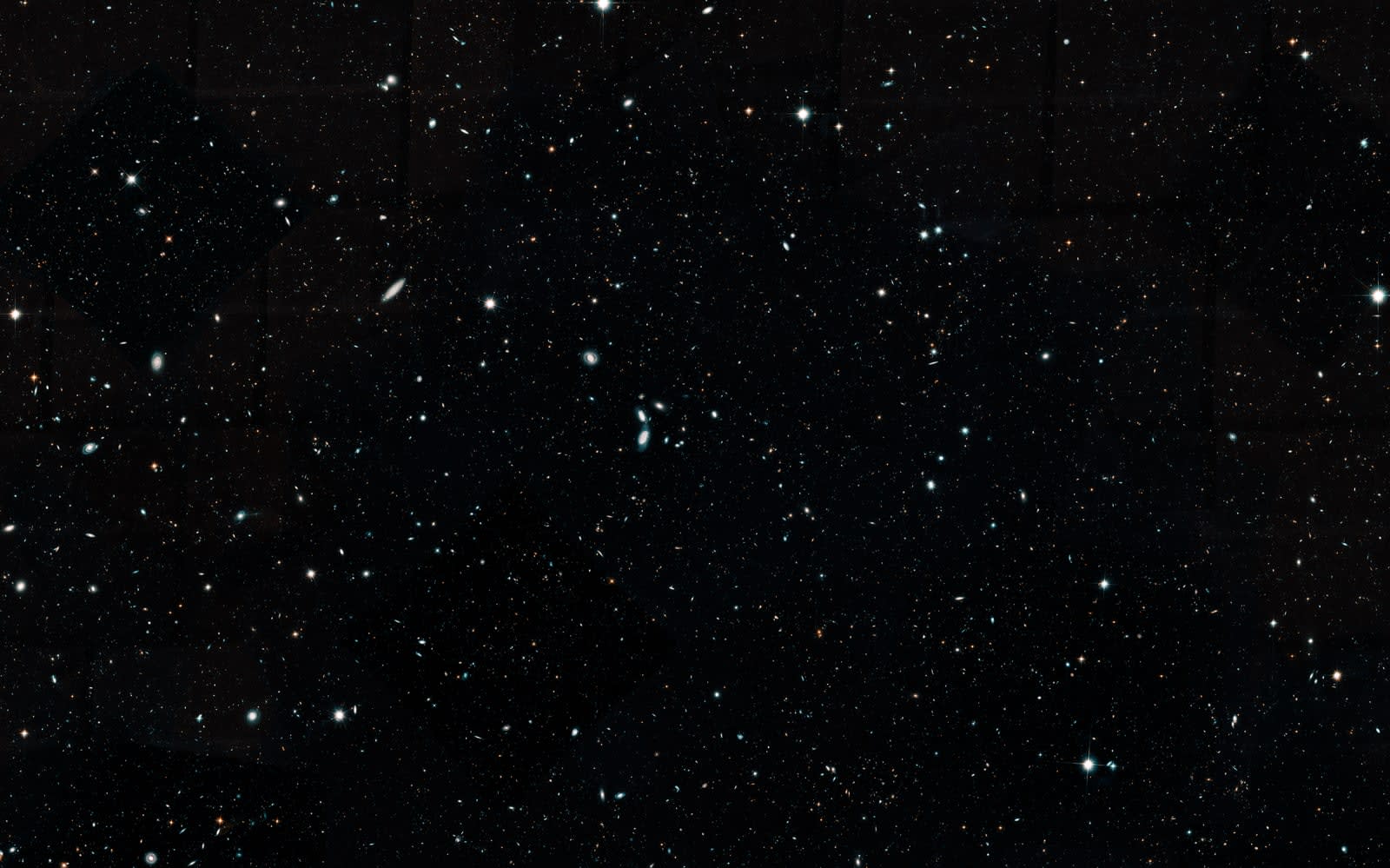 These 72 galaxies stand unique in the pantheon of discovered galaxies, as their measurable light arrives only within a single wavelength.  This wavelength appears to be in the Lyman-alpha range, after being red-shifted into the visible and/or near infrared range.  In fact, subsequent research by the MUSE instrument in this same area has discovered that the entire sky in that area, and by extension the entirety of the sky, is awash with much more red-shifted Lyman-Alpha light than had been previously recognized.

The fact that 72 of these ultra-distant galaxies seem to be emitting light only in one single wavelength, which was previously unheard of among all galaxies ever imaged, might give us pause.  Perhaps these 72 galaxies do not fit within current models of red-shifted galaxies, or of distant galaxy formation, as understood by the MUSE team, and by all others. They quite possibly do, however, fit perfectly within the hyper-dimensional universe as described in my book The Enlightening.  Perhaps the light we see from these galaxies, emitted in only a single wavelength, is the first observable sign of extra-dimensional galaxies, separated from us by velocity, as well as great distance.

Read The Enlightening in order to understand that these 72 “mystery” galaxies may be a mystery of an entirely different sort.  They just might be a confirmation of a new, fuller understanding of our universe—of our hyper-dimensional universe.