I just read a great article at phys.org! Here is an excerpt:

The past few decades have ushered in an amazing era in the science of cosmology. A diverse array of high-precision measurements has allowed us to reconstruct our universe’s history in remarkable detail.

And when we compare different measurements – of the expansion rate of the universe, the patterns of light released in the formation of the first atoms, the distributions in space of galaxies and galaxy clusters and the abundances of various chemical species – we find that they all tell the same story, and all support the same series of events.

We know more about the origin and history of our universe today than almost anyone a few decades ago would have guessed that we would learn in such a short time.

But despite these very considerable successes, there remains much more to be learned. And in some ways, the discoveries made in recent decades have raised as many new questions as they have answered.

One of the most vexing gets at the heart of what our universe is actually made of. Cosmological observations have determined the average density of matter in our universe to very high precision. But this density turns out to be much greater than can be accounted…

I encourage you to finish reading the whole article at phys.org and leave me a comment here about what you think about it. 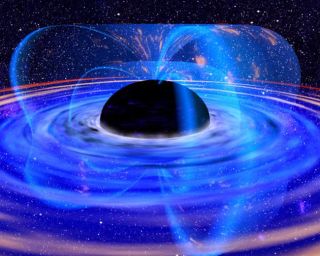